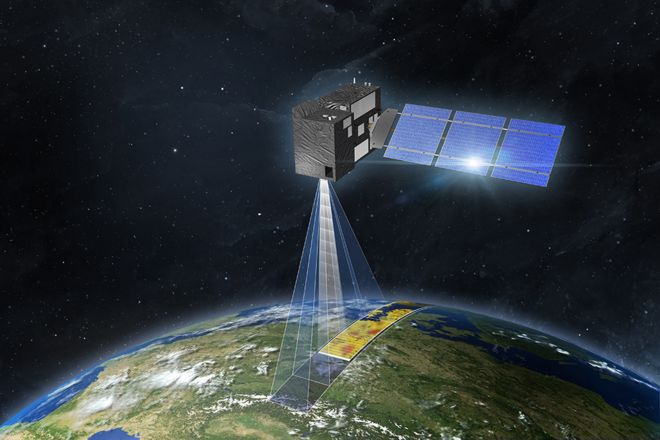 German manufacturer OHB-System has signed a €445m (£400m) contract to begin construction of a satellite network to monitor carbon dioxide.

The CO2M constellation will consist in the first instance of two spacecraft, but there is an option for a third.

The platforms will track the greenhouse gas across the globe, helping nations assess the scale of their emissions.

Under the Paris climate accord, countries must compile CO2 inventories. CO2M will provide supporting data.

The aim is to launch the OHB spacecraft in 2025 so they can inform the international stocktake that will report in 2020 .

CO2M falls under the European Union’s Copernicus Earth observation programme. This flies a series of satellite sensors called Sentinels, which monitor everything from damage wrought by earthquakes to the health of staple food crops.

When the CO2M spacecraft go into orbit, they too will assume the Sentinel moniker.

No-one draws a distinction between the importance of the different Sentinels but given the urgency of the climate crisis, “CO2M will be the beacon of Copernicus, its most visible mission”, Marco Fuchs, the CEO of OHB-System, told BBC News.

His company’s contract is with the European Space Agency (Esa), which acts as the technical and procurement agent for the EU on Copernicus.