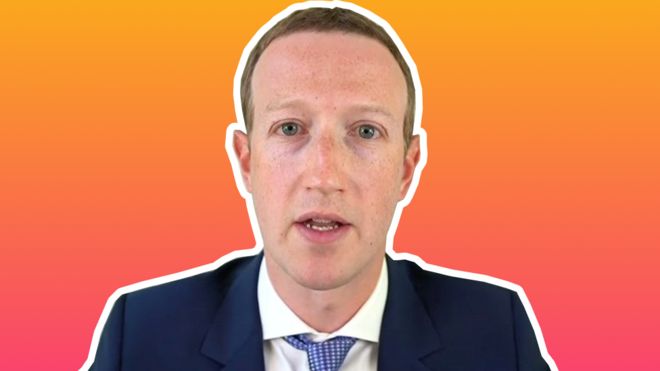 It was perhaps the biggest collection of wealth and power ever gathered on one video call – and I’m not talking about the members of the House Judiciary Committee.

In this week’s Tech Tent podcast, I ask whether the Congressional hearing with the tech titans has done anything to curb the power of these immensely wealthy businesses.

Apple’s Tim Cook, Amazon’s Jeff Bezos, Google’s Sundar Pichai and Facebook’s Mark Zuckerberg are all accustomed to speaking without interruption, with their colleagues hanging on their every word.

But on Wednesday, each of them had to get used to being cut off, sometimes quite abruptly in mid-flow by congressmen and women impatient to get answers to questions about the abuse of market power within their allotted five minutes.

Mark Zuckerberg’s tactic of starting every answer by saying: “Congressman, that’s a great question” or “Congresswoman, thanks for the opportunity” seemed to irritate the lawmakers, perhaps understandably.

The Facebook boss’s attempt to prevaricate was met with a bullish response from the committee chairman, New York Democrat Jerry Nadler, when he asked whether the company had grown by simply buying up competing start-ups, such as Instagram.

“Yes or no?” he and his colleagues kept demanding of Zuckerberg, and the other chief executives.

When Congresswoman Mary Gay Scanlon quoted a report that Jeff Bezos had talked of treating business partners like a cheetah in pursuit of a sickly gazelle, the Amazon boss said he had no memory of that, and started to talk about his only focus being on customers.

Within seconds, the congresswoman was talking over him, pointing out that her time was running out and she needed an answer.

Like a number of his Republican colleagues, Congressman Jim Jordan, of Ohio, ignored anti-trust issues to press the tech leaders on allegations that their companies were biased against conservatives.