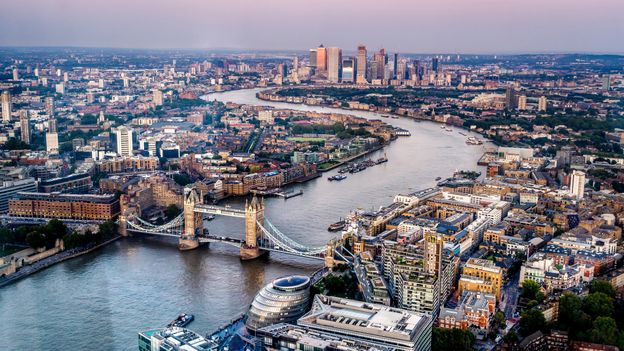 It was a chilly and dark morning as I exited the train station at Wapping in East London. Under the orange glare of streetlights, I changed my trainers for a pair of dirty wellies. People walking in the other direction, heading to work in business clothes, stared as I pulled on my plastic gloves. My office for the morning awaited so I turned down a narrow alleyway and carefully made my way down an uneven flight of steps, slick with green river weeds. Today I was going “mudlarking”

If you find yourself crossing one of London’s busy bridges and look down, you may notice that the height of the Thames changes dramatically over the course of the day: the tidal river can rise and fall by as much as 7m. When the tide is out, you may see people scurrying down hidden stairs, ladders and slipways to trudge along the foreshore. These are “mudlarks” – and they play a vital role in preserving the history of the Thames by picking up objects and artefacts lodged in the river’s mud.

Walking along the foreshore of the Thames in central London is not everyone’s idea of a hobby – it can be cold, dirty and just as muddy as mudlarking suggests. Historically, being a mudlark was not a desirable station in life. The terms came about in the Georgian and Victorian periods when the Thames was one of the major routes to transport goods into the city. At this time, the banks of the river would have swarmed with the melancholy figures of mudlarks, mostly poor women and children who would be “up with the larks” to work whenever the river ran low. As the tide dropped, they would wade into the mud to grab lumps of coal, pieces of rope or anything else careless boatmen had dropped overboard that they could sell. Mudlarks were a chiefly London phenomenon because few port cities had as large, exposed riverbanks where they could descend to do their work. In addition, the mud of the Thames is anaerobic – having very low levels of oxygen – so is perfect for preserving organic material that would otherwise rot.